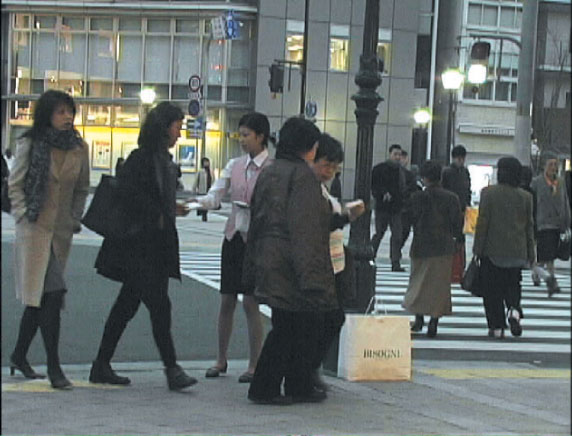 I handed out 3,000 tissue papers on the street at the end of the year. (In Japan, people are giving pocket pack tissues with small advertisement on the street.) I attached a mini book on which I drew illustrations of Japanese annual events from the viewpoint of the foreigner.  I had received different responds from people in three cities, Osaka, Kyoto and Kobe.