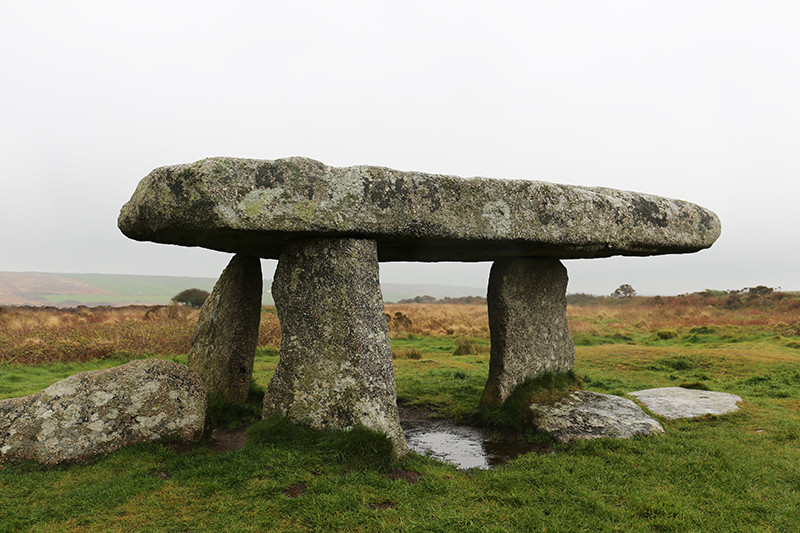 <Legend of Holiburn>
A giant called ‘Holiburn’ lived in the hill of Carn Calva in Penzance, Cornwall, UK.  He piles up large stones and rocks on the top of the hill, and he lay down on the stones after sunset.  People in Zennor and Morvah was grateful to Holiburn because he protected them from attacks by other giants living in the Lerent hills.  Holiburn did not have a warlike nature but a playful one.  He had a young friend from a village called Choone, and they played hide-and-seek and stone-throwing everyday.

One day, when the young friend was about to go home, Holiburn playfully tapped his friend on the head with his finger and told that he wanted to play together tomorrow.  And then his friend suddenly fell down.  Holiburn set him up quickly, but his friend was already dead.  The giant had a great strength enough to crush the skull of his friend with a finger.  Holiburn held his friend to his breast and wailed his death on a large rock.  He sang out more loudly than the sounds of waves in the sea: “My friend, why was not your head strong? With whom can I play stone-throwing and hide-and-seek from now?”.  He had been grieving for seven years, and he died at last.