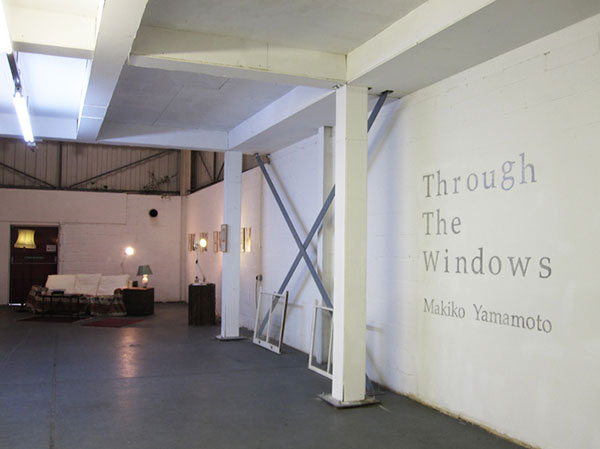 I moved to London in August of 2008. This was the first time for me to live in a foreign country and I had lots of interesting experiences.

At first, I discovered that many people don’t draw their curtains at the windows, so passers-by can see inside their house and into a part of their lives. This is very interesting and inspiring to me. Most people in Japan keep their curtains closed, because Japanese people seem much more secre- tive about their private space.

I really like that some people adorn their windows with flowers facing on the street, ornaments, flags, stickers and other personal belongings. And many people don’t seem to mind passers-by looking into their house when they are having dinner with their family, or maybe watching television.

Those objects at the windows stimulated my imagination and I began creating the drawings of stranger’s windows, coupling them with my own fictitional stories about those rooms, members of the family, their relation- ships and what they might do for a living.

I approached the homeowners and requested to photograph them acting- out the fictional story that I created with the drawing displayed somewhere in the room.

This was a commission exhibition invited by Inter Alia.